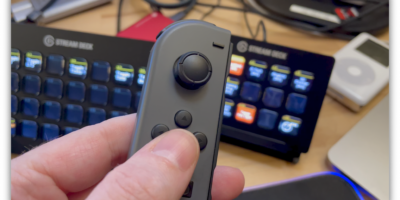 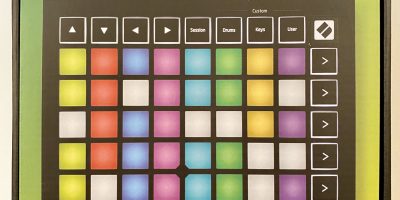 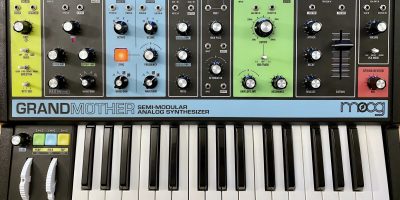 I backed this Kickstarter project in July 2012 (yep, no typo!), it was funded in August 2012 and I received the product today, only one and a half years later. No comment. There was enough said about this over at the Kickstarter project page. I, personally, didn’t have a huge problem with it. I can wait.

The L8 SmartLight comes in a cute small square package. It contains the SmartLight itself, a micro USB cable, a wrist strap and a quick start guide. (Oh, and a kickstartergreen „thank you“ card .)

My first haptic impression was: rather cheapish plastic. The surface is a bit inhomogeneous: at some locations a bit more rough and elsewhere smoother. One of the four edges on the front face looks like it’s not properly snapped in. You always want to try to push it into place. But I’m afraid that’s just the (ugly) design. The weight, however, is okay. Not too light, not too heavy. However, something’s making a rattling noise inside when you softly shake the L8.

Well, how does the SmartLight work? Let’s check the quick start guide! There we read „You need to get a SmartLight ID to connect to a L8 device using Bluetooth.“ To get this ID you have to go to my.l8smartlight.com. But what’s that? „This section will be available soon.“ WTF?!?! I can’t do anything with it (at least that’s what the quick start guide tells me) unless I have an ID and I can’t get an ID? So it’s just a paperweight?

Okay. Calm down I said to myself. You got the early developer edition. Maybe I can get it to work some other way. (But then again: wasn’t the developer edition just an early access to the sdk plus, later, the L8 itself?)  Let’s check the Kickstarter Project page for news on how to get the developer edition to work. Oh! There’s a recent comment from the makers — obviously many people have problems. Ah, here we learn that we don’t need such an ID I mentioned above. Why do they write it in their quick start guide then? Strange. 🙁

So, we are told that we can just use the app to get the L8 to work.

However, the app (I’m on iOS) seems badly hacked together as well. It just won’t work together with the hardware. Sometimes the blue LED on the L8 is off (read somewhere this means that it’s in pairing mode), sometimes it’s on. iOS has often trouble connecting. If it’s connected the app often still shows a red dot beneath the L8’s hardware ID. The „Scan&Connect L8“ option doesn’t seem clickable (tap-able) at all. Nothing happens, not even a visual feedback that I pressed that button. There’s no „refresh“ option (i.e. by pulling the table down) to let the app check if there’s a new bluetooth connection. The „Power Off L8“ and „Clear L8“ Buttons don’t seem to work either. Bad, bad, bad. And it goes on.

The sensors section of the app has six fields. 5 of these are greyed out, only one is blue, the battery icon. This shows 0% for me. Regardless of whether the L8 seems to be connected (blue LED on) or not. None of these six buttons are clickable.

The L8APPS section of the app shows nice little screenshots of the 8×8 RGB LEDs from panel and suggests that there will be animations or something. Alas, nothing happens after pressing any of these „START“ buttons. 🙁

So there must be some web page for developers with information. Indeed, there is! However, this is really only for developing apps for the L8. I really don’t think that I have to fire up Xcode just to get the L8 to work!?

Okay, maybe the shipped firmware has bugs. Let’s see if there’s a support web page. Oh, wait, there isn’t. 🙁 Just praise and lots of images and marketing blah. And an FAQ with some general, mostly pre-sales questions & answers. No real useful information.

But wait! On my.l8smartlight.com I saw a download section. Oh, and yes! Finally! There’s a firmware and a firmware flashing tool. Even for OS X. What? Problems with Mavericks? Come ooon!! Lucky me, I still have one of my Macs running under 10.8. So let’s give it a try. (But … what firmware version is currently installed on the shipped unit? I don’t know. And I couldn’t find a way how to find it out. Nothing documented on this, either.)

Downloaded the dfu-util and the Firmware file. Installation of the tool worked fine. On the web page I read that I have to issue the command like this (after putting the L8 into DFU mode, THAT worked):

Because my shell already found the binary (it gets installed into /opt/local/bin) and I was in the directory where the firmware file was I didn’t need to put any absolute paths in.

What a surprise was the result of this command:

Err … now what? Am I supposed to disconnect „@Internal Flash“? What is „@OTP Area …“? Maybe „UNDEFINED“ is the L8? Sorry, that’s too vague and a dead end. Needless to say that there’s no word on this possible outcome on the manufacturer’s website.

Another funny observation: switch on the L8 (mine is in Bluetooth 4.0 mode) so that it shows its logo and the Bluetooth LED is off, then go to the iPhone’s Bluetooth settings and just sit and wait. Funny: to the right of the L8 SmartLight device name you can read „Not Paired“, then „Connected“, then „Not Paired“ again, then „Connected“. Changes every few seconds, irregularly. The blue LED reflects this correctly, btw.

I do have a Pebble smartwatch, though, and I thought maybe it’s interfering with the L8 (which, btw, would be bad, because I want to wear and use my watch while I operate the L8). But I disconnected the Pebble bluetoothwise from my iPhone — to no avail.

Oh! And then I thought: maybe the battery is low. Let’s charge it! I plugged it into my iMac and the „screen“ (8×8 LEDs) changed to some random pattern every time I tried this. Once I had three green dots. Another time four non-consecutive colorful dots. Is it charging, I wondered? How can I tell? Is there some documentation that talks about what happens on the „screen“ when it’s plugged in like this and supposed to charge? You guessed right: no! At least, I didn’t find one. Because there’s not only no „support“ section on their web page, there’s no „documentation“ section, either.

In the quick start guide (and only there) there’s a section about the battery. However, there’s no word on how to actually charge the device. Well, okay, plug it into a USB port. And then? How will I know what level the battery has? When is it fully charged? How long does it last? How does the L8 tell me it’s charging? What I found out: first you have to switch it off. Then plug it in. The power button starts to flash red. I *think* that means „I’m charging“. But I don’t know. So I have to switch it off to charge it? The FAQ says you can charge it while it’s operating. I checked. Yes. You can switch it on while charging. Then the red flashing LED changes into the usual white steady lit LED. But now the usual L8 logo is gone. IS it charging? How will I know? It’s a mess! Pressed the power button again for three seconds. Now that LED turns red, no flashing. What does THIS mean? And where’s a list of all the power key functions? Holding it for ten seconds switches the device into DFU mode, for example. Holding it for 6 seconds changes toggles the bluetooth mode. Can we have an overview, please?

All in all: one of the worst user experiences I had for a long time now.  Not worth the wait! Almost nothing is working. And this after soooo many months of waiting! What did they do in >18 months???

I really hope things will get better soon! And hopefully they will add IFTTT support, too!